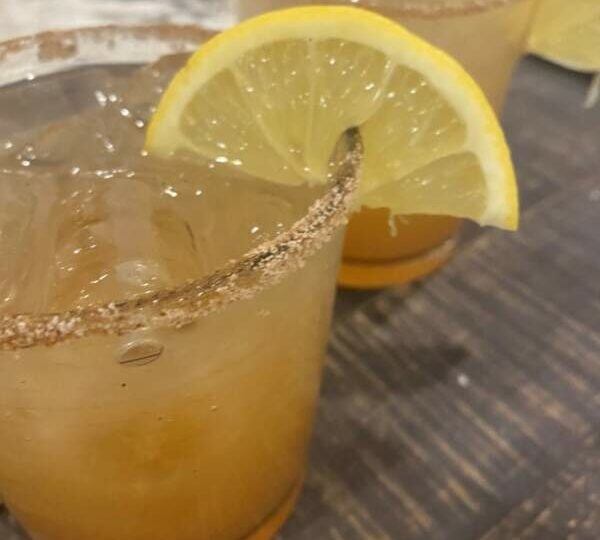 This has become a semi-regular event lately.

But why Mondays for margaritas?

I keep a stack of margarita ideas that I eventually plan to share here on my blog, but I’m only one person and have realized that one or two margaritas a month is about all I can manage to make let alone taste test.

But it’s a pretty big stack of ideas, so I’m finally trying to put them on the calendar.

That seems to be my Monday Mood lately.

And I always let my mood choose the margarita I’m making.

This Monday I was in the mood for something smooth and sweet.

Get the recipe from: Best Friends for Frosting

I love pears. While their mild sweetness rewards you on its own, they also pair well with savory and sweet flavors.

Pears work well with onions, blue cheese, prosciutto, and much more in salads and appetizers. They work remarkably well with chicken and pork in main courses. And pears are limitless in desserts.

But what about cocktails?

Actually, they’re perfect for cocktails! They play well with ingredients from all seasons even though they may not be the first ingredient you think about when you think cocktails.

But this is where we have the fun!

So, what was the verdict on the Juicy Vanilla Pear Margarita?

My daughter had several thoughts.

First, she said, “That’s good. It tastes like applesauce.” I can see how she said that but I definitely tasted more pear than applesauce.

She also said, “It’s one of the best (margaritas) you’ve made.”

What do you think? Does it make your Top 5 list?